What is the difference between tokens and coins?

People often confuse the difference between tokens and coins, so we thought a brief guide on the two would be useful.

In this short blog, we’ll look at the definitions, and provide specific examples of each.

What is a coin?

Coins are cryptocurrencies that have their own standalone blockchain — like Bitcoin, or Ethereum. They are developed with a specific goal in mind. Bitcoin, for example, was developed for the following purpose:

Note: When we talk about ‘Monetary Policy’, we mean in the traditional economic sense.

“Monetary policy is the control of the quantity of money available in an economy and the channels by which new money is supplied” – Investopedia.

Coins can be mined

Another key characteristic of a coin is that it can be mined in a process known as  ‘Proof of Work’ (PoW) – a detailed piece on PoW is coming soon.

Bitcoin mining is the process of creating new bitcoins, and it occurs when miners solve extremely complicated math problems to verify transactions on the blockchain. Upon successfully solving the problem, the miner receives a predetermined amount of bitcoin (a reward).

Coins can be defined by 3 key features.

They operate on their own standalone blockchain.

They can be mined; a process known as Proof of Work (PoW)

They are created with a specific goal in mind, typically, to act as money. 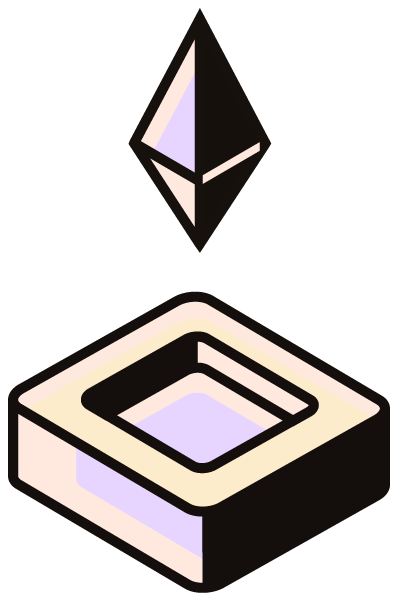 What is a token?

The term ‘token’ is typically used to describe every cryptocurrency asset in the market, but if we want to get specific, tokens have the following characteristics:

There are different types of tokens, giving users access to a range of functions.

A ‘security’ is something that’s issued by a company, government, or other legal entity that providers the purchaser an ownership interest of some sort. It could be ownership in a company, which grants the security holder the right to share earnings, or something like ownership in a property, granting the security holder the right to rental distributions. Examples of traditional securities include things like bonds, shares, and warrants.

Security tokens were developed to be the crypto equivalent of the examples mentioned above. They can represent shares in a company or house, and even ownership over debt, granting the token holder the right to receive interest. The core use-case with using security tokens over traditional shares is that there’s no need for a broker (middleman) because blockchain replaces them. Other benefits include transparency and security. Examples of security tokens include Exodus and ArCoin.

For a basic guide on what NFT’s are and how they work, see our blog: NFT’s, a Basic Guide. In short, buyers of NFT’s are granted ownership rights to the asset the tokens are tied to. These assets are mostly digital, like artworks, but they can also be real-world assets or experiences. NFT’s have become hugely popular, with artists starting to cash in on the hype. In March last year, Digital Artist Beeple sold a collage of his art pieces for $69M.

These types of tokens are used to facilitate transactions between parties, without the need for an intermediary, like a bank.

Utility tokens are always tied to an application or protocol and are typically used for access. It’s also normal for applications/protocols to issue incentives to their users for holding and using their utility tokens, thus ensuring there is a synergistic relationship between the token and platform. These economic models are what fuel the crypto industry.

In summary, tokens are application-specific, operating on another cryptocurrency’s blockchain, with the goal of providing users with incentives and functions. Coins are basically a method of payment, whilst tokens can also represent a share in a company or ownership of a home.

As the cryptocurrency space matures, we are seeing an evolution in how tokens offer utility, further advancing the industry, and pushing it deeper into uncharted territory. 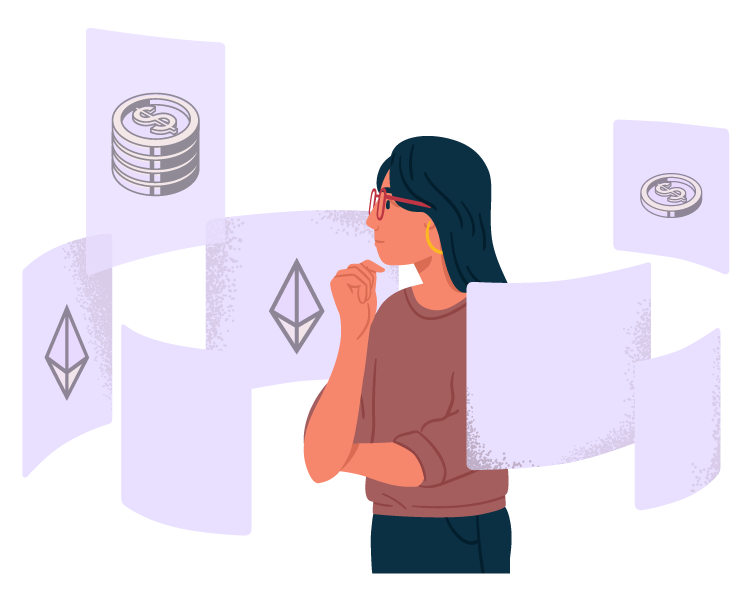 Clutch is a social-DeFi crypto wallet that has been built with a mission of bringing more women into crypto. We are immersing ourselves in the crypto space to continue bringing our community the most up-to-date information and instruction on how they can safely and confidently invest.